To be truthful, I was put off by all the hype that surrounded Tenth of December when it was released back in January. Articles about the short stories and their author, George Saunders, were everywhere. All the major papers, magazines and blogs were praising, lavishly, both the collection and Saunders himself. All of sudden I was seeing articles about or by Saunders from years past, all floating to the front, all becoming part of this giant group-hug! He was compared to Twain and Flannery O’Connor, to Vonnegut and Pynchon, to Bartheleme and Welty. Even the late David Foster Wallace was corralled in for a blurb on the inner covers.

And now, I can say, all the hype was legitimate and deserved.  Tenth Of December is something special. 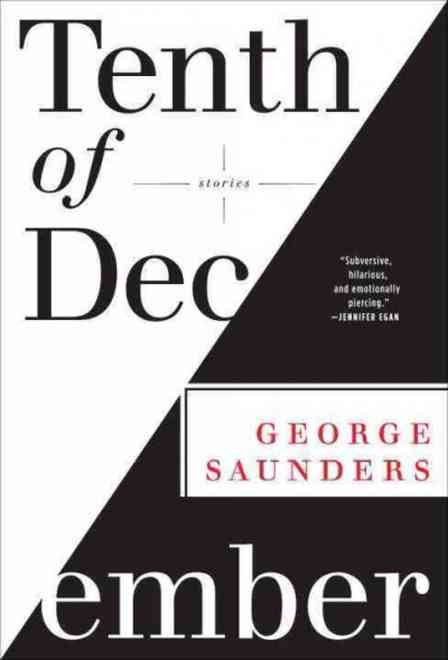 The longest story in the book “The Semplica Girl Diaries” begins with a father, in the near future, starting a diary. As he begins, he recounts his fears and worries for his children, fears that they are growing up with so much less, materially, than their classmates. He also reveals his own anxieties about his failure as a provider of these consumer necessities. During the course of his journaling, the family is teased with a windfall and then pushed towards ruin. Oddly enough, strung throughout the story, literally, are third-world women who sell themselves in America as lawn ornaments, putting his own focus on material success in a very skewed light.

Other fathers–or father figures– appear throughout the stories. In the first story, “Victory Lap,” a young boy saves a girl who is being abducted. But he second guesses all of his heroic actions in terms of what his father would say about his getting involved and not completing his chores. At the same time, the perpetrator keeps worrying about his own father–and while carrying out his violent abductions–worries whether his father would be proud of the way he is doing things.

In a very short piece, “Sticks,” an aloof, mean-spirited and inaccessible father dresses a crucifix-like contraption for every holiday: Santa for Christmas, a groundhog for February 2nd, a soldier for Veterans Day, etc. When his wife dies, he dressed the pole as Death and makes a memorial to her. His own–and the sticks’–ending is seemingly inconsequential, but full of pathos nevertheless. 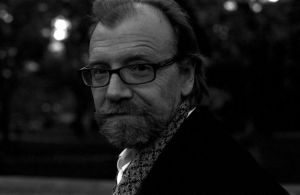 On the whole, Saunders’ stories are full of dysfunctioning families trying to succeed in a world of plastic values and overwrought commercialism. It is filled with simple people having difficulty coping in an increasingly complicated world. This world he describes is a bit off-kilter, but it all seems unnervingly familiar.  And his telling of these tales is enjoyable and unforgettable.

Life and death, hope and despair, pride and self-loathing: these are the topics that Saunders addresses but in a way that is funny as often as it is heart wrenching, a way that is wryly observed, emotional and thought provoking.

All that hype was well deserved after all.