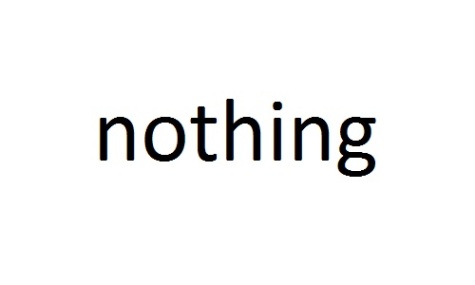 Philosophers, theologians, mathematicians, and physicists have been puzzling the concept for a very long time, and it is quite a hot button in philosophical and scientific circles today.

In the West the concept of nothing is relatively new. 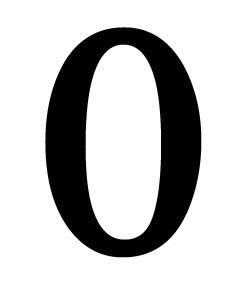 In fact, it wasn’t until the mid-14th century that the idea of “zero” came to the West. And then, it came to us through accounting.  Something had to stand between asset and debit.

The East, however, had long dealt with nothingness not only in their mathematics but in their spirituality as well. For after all, attaining “nirvana” was equal to attaining nothingness, to achieving “emptiness.” 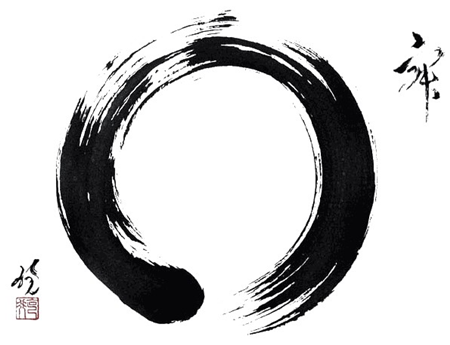 The Hindu word for this nothingness was sunya, which became in Arabic sefir, which came to Europe in the Middle Ages and is the root of our word “zero” and “cipher.”  And when it came to Europe, it came along with the rest of the Arabic numerals that we use today.

And yet what is nothing? There are many who say that no such thing exists.

The philosopher Henri Bergson tried to imagine nothingness. He simply kept subtracting all that he knew existed. However, when he reached the end he felt there was still something–his inner self which was doing all this subtracting. (An enlightened Buddhist would perhaps be able to extinguish that entity, but most of us cannot.) He concluded that imagining absolute nothingness is impossible.

Another philospher, Bede Rendell, saw that the failure in imagining nothingness is that after one had subtracted everything that was in the universe, one still had the space where those things once existed–a universe skin collapsed on itself.

The entire conversation is both intriguing and maddening, puzzling and wondrous.  (Sort of like in Alice in Wonderland when the Red King concludes that since nobody passed the messenger on the road, then nobody should have arrived first.)

I am having this “conversation” with myself because of the book Why Does the World Exist?–An Existential Deterctive Story by Jim Holt.  Holt’s book, which is somewhat addressed to the lay reader (I can only imagine what a technical book on this subject might be like), springs from the question “Why is there Something rather than Nothing?” 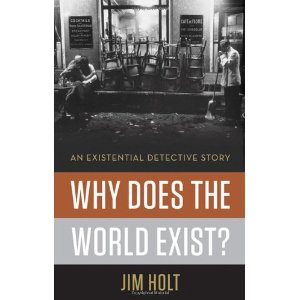 This question, I have learned, is one that has puzzled philosophers for aeons.

And both try to define or dismiss “nothing.”

and now seems to makes some sense to me. But it took a while for me to get to. (The equation means that X [the empty universe] is not where x = x [where something is something.]) He explains it much better and is  much more entertaining.

I am no philosopher or mathematician. My sense of the void, of nothingness–aside from my own existential angst and probings seeemingly hardwired in my soul–comes from Satre, Camus and Beckett.  And Holt brings these into the mix as well. (The cover of the book features a photograph of the Café de Flore, a favorite haunt of Sartre’s.) The book, in many ways,  is almost a primer of thinkers, ancient and new, and a wonderful introduction to the confluence of metaphysics, philosophy, literature and science.

These are pretty big questions to roll around with and Holt’s book makes it a entertaining and informative  ride.

But to be truthful, I still don’t know the answer.

20 thoughts on “Nothing, nothingness, and the world: a book review of Why Does the World Exist? by Jim Holt”