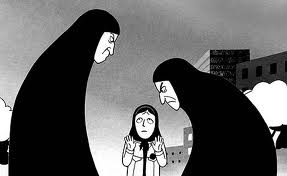 I had a conversation the other day with a woman who is teaching Marjane Satrapi’s  graphic-novel Persepolis. Our discussion revolved around the differences between ethics and morality. Neither of us are professional philosophers, but I like to think that we are thoughtful, intelligent people. And so, we must answer the questions: What is ethical? What is moral?

From the dictionaries I learned that morals are “a person’s standards of behavior or belief’s concerning what is and is not acceptable for them to do” and that ethics are “moral principles that govern person’s or group’s behavior.”

Yet that seems backwards to the way that I have always viewed it. I had viewed morals as being proscribed by a particular group and ethics as being a more personal, individual code of living.  Perhaps my association of “groups” with morals  is coming from the preponderance of fundamentalists–in all religions–who attempt to press their moral code on all. Ethics to me, on the other hand, is the system of right and wrong, just and unjust, developed individually.

Is this a case where I am just wrong, outright?

Yup, that seemed to clear some things up. 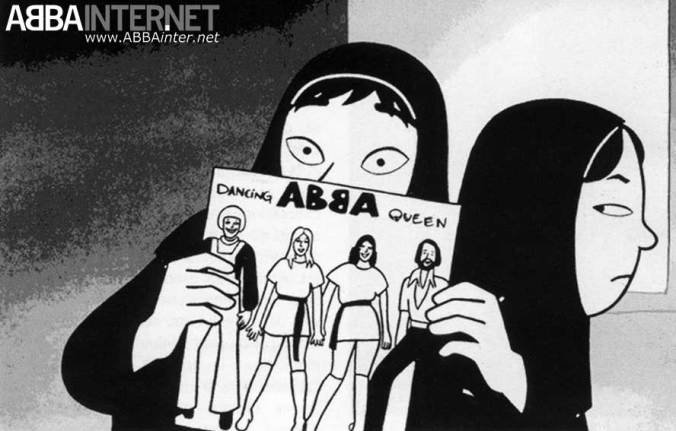 And I didn’t seem completely off in my understanding.

For instance, according to the religious belief group in charge in the picture above, it is IMMORAL to listen to ABBA. (We are talking ethics and morals here, not musical discernment.) Yet it is hardly UNETHICAL to do so.

In the States, we are going through an election season (doesn’t it always seem like an election season) and, in the political debate, social issues always seem to force their way to the top–or at least garner the most attention. Issues of sexuality, women’s reproductive rights, marriage get a lot of discussion.  Are these ethical issues or moral issues?  In a system that supposedly separates church from state, are the morals of a particular belief system muddying the ethics of a rational system?  In other words, I might not want to listen to ABBA but should you tell me I can’t?

I listened to a man speak two weekends ago who suggested that members of the U.S. Congress should read more poetry. He noted that the poet Adrienne Rich once called poetry, in all its ambiguity,  the “perfect antidote to moral certainty.” I keep thinking about that and worrying about governmental moral certainty.  Other governments have tried it–and it ain’t pretty.

It’s been a while since I read Persepolis or Persepolis 2, and I have never seen the film version. I remember both books as being quick reads, but I have lasting memories of them. Maybe, I’ll go through them again this weekend.

4 thoughts on “Ethical versus Moral”