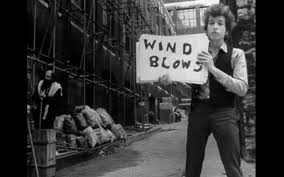 So, out of the blue on Saturday morning I receive a poem by a young boy, Domenic Feola, thirteen years old.  I don’t know him, never taught him, probably never will.  He is a suburban kid who runs cross-country at one of the city parks. But his ear is impeccable and his language is crisp.  And the rhythm of his poem is infectious (until the last couplet where in trying to sum up his feelings he loses is footing) .

Pretty sophisticated for a thirteen-year-old boy. Or for anyone, for that matter.  Great imagery, great confidence and impressive rhythm.  If I could, I would talk to him about the rhythm. That is the strength of the poem–but there are a few times where it needs to be tightened, where some minor tweaking would make it even better.  But it is impressive nevertheless. 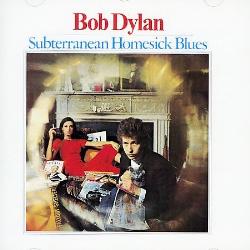 In fact when I first read the poem I could hear Dylan–specifically “Subterranean Homesick Blues” –in the rhythm. Here’s the second verse from Dylan’s song:

Maggie comes fleet foot
Face full of black soot
Talkin’ that the heat put
Plants in the bed but
The phone’s tapped anyway
Maggie says that many say
They must bust in early May
Orders from the DA
Look out kid
Don’t matter what you did
Walk on your tip toes
Don’t try, ‘No Doz’
Better stay away from those
That carry around a fire hose
Keep a clean nose
Watch the plain clothes
You don’t need a weather man
To know which way the wind blows.

The short 5 and 6 syllable lines are similar. The grammatical “packages” the same.

Now, I read someone say that this Dylan song was one of the first rap songs.  But that’s not true, it’s utter nonsense.  Dylan was influenced by “talking blues,” Chuck Berry’s rock-and-roll, and the Beats like Kerouac, Ginsberg, and Ferlinghetti. (Notice in the iconic picture at the top, Alan Ginsberg talking to folksinger Bob Neuwirth on the left side of the photo.)

On the other hand, Dominic Feloa (who probably doesn’t know who Bob Dylan is) more than likely has been influenced by rap and hip-hop.  It is all around him, in the music he listens to, the advertisements he is bombarded with, the zeitgeist of the culture.  Yet his rhythms are a bit different. It might be that his non-urban background (and his youth)  gives his rap rhythms a subtle difference, a blunter edge. But they are working.

So, cheers to Dominic Feloa.  Keep writing. Show your work to your teachers.  Find someone to work with, to work against.  Write–revise–and write again.  Send your work out.  Expect rejection.  Work harder.  Good luck to you.  Thanks for letting me read your poem.

And, of course, I couldn’t leave without sharing a video, a promotion for the 1965 Dylan documentary Don’t Look Back, a promotion that did have an enormous influence on what was to become “music videos.”  This was the original…it has been copied/parodied countless times: