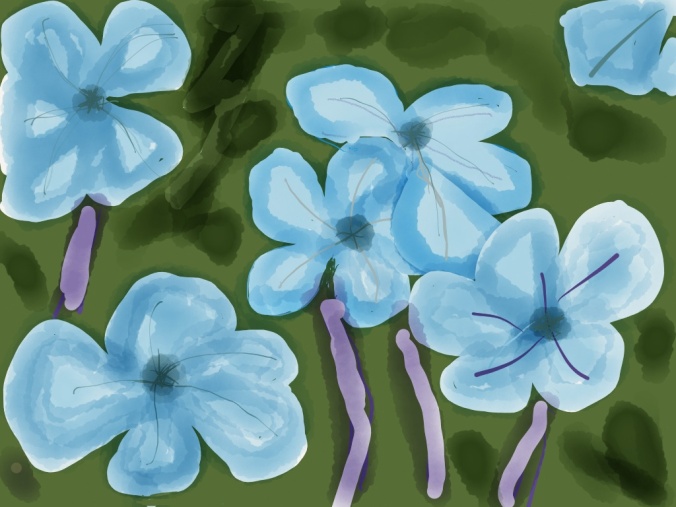 More than a year and a half ago, I first saw the trailer for Woody Allen’s Blue Jasmine. I was excited about it, as I usually am with new Woody Allen films, but now my interest was especially piqued: it was a return to the U.S. for Allen whose recent work had been in London, Rome, Barcelona and Paris.

The director whose greatest actor had always been the city of New York was returning home…although his depictions of the European sites were equally memorable and noteworthy.

The cast was eclectic (as is often the case in Allen’s work), and even before its general release, there was murmuring about Cate Blanchett’s performance. Already, the wags were talking Oscar (and they were right in their early prediction.) The setting was New York–Manhattan and the Hamptons–and San Francisco. And the writing seemed crisp and clever.

But for some reason, I put off seeing it. The times or the opportunities were never right, and I found myself hesitating because of the many people who told me how depressing they had found it. The analogies that I had noticed between it and A Streetcar Named Desire were now being mentioned in every piece I read.

And Streetcar can be rough. 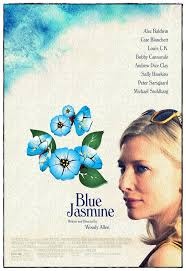 And I loved it.

Cate Blanchett-as “Jasmine,” the pampered rich-girl whose world comes crashing down when her Bernie Madoff like husband (Alec Baldwin) is arrested by the F.B.I. and who loses everything– alternates between haughty insensitivity and splintered lunacy. The moments when she is lost and most fragmented are frighteningly real. The moments when she is full of herself are maddening and distancing.

The film, in many ways, is a portrait of a woman who is shattered. We see her life as it once was–rich, pampered, and idle–and we see her now. Fueled with Xanax and vodka, talking out loud to herself, losing track of the present moment, and trying to manipulate those around her,  she is a wreck of a woman.

And as in Streetcar, Jasmine –the Blanche duBois character–finds romance and possibly love, and as in Streetcar, it is sabotaged. And like Blanche, it is the final straw for Jasmine, and we last see her chattering to herself like a madwoman on a park bench. 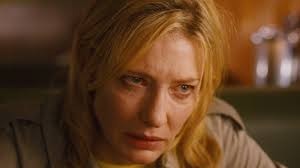 While Blue Jasmine is undoubtedly Cate Blanchett’s film, she is supported by some wonderful actors. Sally Hawkins plays Jasmine’s “sister,” Ginger.; Alec Baldwin, the smarmy husband whose financial fraud and infidelities send Jasmine down the road to mental breakdown; and Andrew Dice Clay and  Bobby Cannavale as Ginger’s ex-husband and her present fiance–an amalgam of Stanley Kowalski from Streetcar.

My original fear that Blue Jasmine was going to be just too depressing was wrong. Instead, I found it fascinating–a fascinating film and a fascinating story, anchored by a truly fascinating and extraordinary performance.