Before I began teaching at the school where I currently teach, I worked in an advertising agency. During the interview process at the school, the headmaster asked me what I thought would be the greatest difference. My answer was “Endings.” 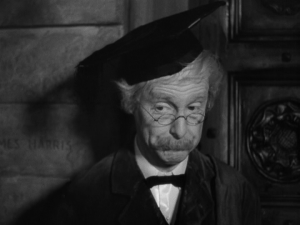 In the advertising world, it was not unusual for some print ad for which I had written copy  nine, twelve, eighteen months earlier needing to be re-tweaked  later. We are changing our direction, the headline is too “downtown,”  we want to downplay the price, emphasize the sponsor, etc., etc.  Things never were truly complete. They were signed-off on, yes. But they were never done with.

Teaching, however, is one of those professions where there are periodic endings, arbitrary endpoints where the slate is wiped clean, one can review what went right, rue what went wrong, and learn from both.

It is the end of May now, but I know that I and many of my colleagues are already plotting out projects and readings, weighing shifts in focus and shifts in technique, and (always on my part) constructing schemes to stay better organized in the upcoming school year.

And besides a chance to start anew, the end of a quarter, a semester, a school year offers a chance to bury the past and move forward. To begin again.

I used to have the Beckettian quote, Try Again, Fail Again, Fail Better, posted on the wall of my office. At the time, it was a personal mantra for me, for my own work. I was not thinking of teaching. This year it has become a buzzword/phrase throughout education.

All over in print and on the web there are articles about the value of failing, about the necessity of failing, of the embrace of failing. And we as teachers know that as well as anyone–for ourselves, if not necessarily for our students.  For what is the end of each term but a chance to review our failings and resolve to “fail better” next time.

Now with the end of the school year, there is also the spate of “commencement speeches” that must be heard. Those talks given to graduating seniors in colleges and high-schools around the country that are especially inspiring, especially poignant, especially relevant.

David Foster’s Wallace’s commencement speech at Kenyon University has become legendary. For a long while it was shot all over the internet, and then capitalism took over and someone decided to release it as a book.  It has been abridged and made into a wonderful short film, This is Water. Like all great commencement speeches, this is wise, humorous, and relevant without falling into clichés. It emphasizes compassion and empathy, warns graduates of the sometimes benumbing world of adulthood, and charges them to make their world better by understanding it more tolerantly.

Lately, Neil Gaiman’s 2012 speech at the University of the Arts in Philadelphia has been parsed and tweeted, analyzed and blogged about. It has been highly criticized and highly praised. It is about creativity and about personal freedom. And, of course, at this time of year, it is all over the place and referenced almost every time you log on.

And even Jane Lynch, the wonderful actress who has appeared in so many of the Christopher Guest films and now stars in the television show Glee, even Jane Lynch keeps appearing in my in-box and my twitter feeds and blogs that I follow because of the inspiring speech she gave in 2012 to the women of Smith College.  It too is forthright and wise and commanding.

But it is the nature of graduation speeches to address an audience as they START OUT into something new.  One of the joys/perks of teaching is that one gets to START OVER.  My best and frequent companion these days is a 7-year old boy with whom I play a lot of games.  Often when something goes wrong for him in a game we are playing, he is the first to yell, “Start Over” (though just as often he simply  changes the rules!)  Who knew that the gaming-strategy of a 7-year-old is the same spark that keeps good teachers fresh, engaged and effective?

2 thoughts on “Endings, beginnings, and start-overs”