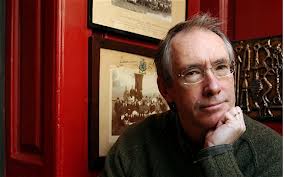 A lot of people I know do not like McEwan’s books.  However, I do very much. I find that his novels are both literary and very good reads.

McEwan’s novels are always well plotted, full of wonderful local color and specialized information that I did not know, and often times appeal to a particularly personal aspect of my life.  I remember very well and with great fondness the exact day that the novel Saturday takes place. (In fact I have written a piece about that particular day as well and am now shopping it around to place somewhere.) The novella On Chesil Beach is in many ways a modernization of the poem “Dover Beach” –a poem which also plays a crucial part in the ending of Saturday–and one on which I had based a short story a long while ago.  And despite the time period, Atonement is thoroughly post-modern in its attitude towards time and the historicity of events.

McEwan’s new novel Sweet Tooth also plays with post-modernism in its narration. Indeed, the main character Serena Frome–a woman noted for her prolific reading habits–complains about the very type of novel that Sweet Tooth ends up being.

The time is the early 1970s, and Serena Frome is an intelligent young woman who goes off to Cambridge to study maths. It is right before the burgeoning of the women’s rights movement, and in fact, Serena is the only Cambridge female studying mathematics at the time. Yet she does not see herself as a trailblazing feminist, and in fact often  distances herself from many aspects of the movement’s agenda.

Yet feminism is not the crux on which this novel hangs. The Cold War is in full swing, and Frome has been recruited by an elderly Cambridge teacher who is also her lover for a position at MI5. Her task is to help wage battle on the cultural lines between the West and the Soviet Union. The government is worried that it is losing the cultural battle as more and more intellectuals, artists, and writers lean further and further left.  What it proposes is a plan to set up a false foundation that subsidizes writers with the idea that the intellectual community will see the country as supporting the arts and  with the added  hope that the writers’ work will fall more in line with its philosophies.

The mission is dubbed “Sweet Tooth” and Frome is given the job to bring in such a writer. She is to introduce herself as part of a panel that has recommended a young, upcoming writer and to offer him a stipend of two years salary to complete a novel.

Unfortunately, she also falls in love with the man. 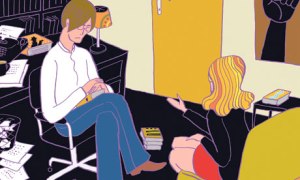 Like many Cold War tales, particularly when dealing with MI5, there are betrayals and mistrust.  There are thwarted love affairs, rogue agents, and a general sense of looking over one’s shoulder.  And in many ways, Serena is out of her depth.

The story is couched in the gestalt of the 70’s.  The IRA campaign in Northern Ireland is emigrating to England, the hippie movement is petering out while the establishment is growing its sideburns, and opposition to the war in Viet Nam is growing exponentially.  And all of these elements play a small role in Serena’s world.  Even McEwan’s buddy, Martin Amis, shows up to receive an award, along with Serena’s protege.

I was innundated with work (one reason I haven’t posted in three weeks), but had ordered Sweet Tooth from the U.K.  (It doesn’t come out in the U.S. until mid-November). And despite being behind in everything else, I picked up the novel and read it in two days. It is fast moving, intricately plotted, and enjoyable. I was told that the beginning was a little slugish and that one had to be patient before things got good, but I did not find this to be the case at all.

And I loved the ending, which put everything in perspective.