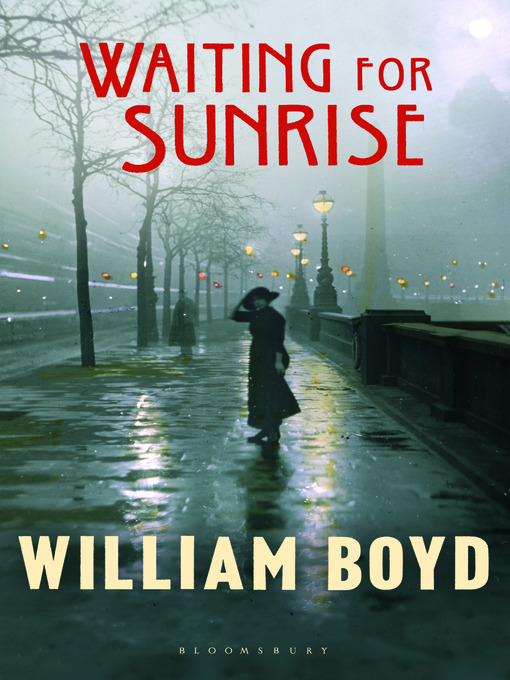 For ninety-percent of the novel Waiting for Sunrise by William Boyd, I was enthralled.

Vienna before the first World War, London on the eve of war, the no-man’s land between the trenches, neutral Geneva at the height of hostilities, London during zeppelin bombing raids. The settings are dramatic and richly drawn.

As was the plot: A young actor, following his famous father’s footsteps (if that’s not Oedipal enough for him, his mother catches him at his first experience at masturbation to boot), goes to Vienna to find a cure for a sexual condition–to Vienna, the center of the burgeoning new concept of psychoanalysis. Although he meets Freud himself, it is Freud’s English speaking neighbor who takes Lysander Rief on–and who successfully cures him.  And we know he is cured because his four month affair with the English bohemian Hettie Bull ends in a pregnancy and his arrest for rape by the Viennese authorities.

When two British diplomats arrange for Rief’s escape, they also arrange for his indenture to British intelligence.

Soon after Rief returns to London, his rescuers called in his debt and he is asked to enter Geneva via  the front lines. He is successful at his mission, survives seven bullet wounds, and completes the assignment that he had been ordered to finish.  And then he is given a second mission.

The action–of both the military and intelligence escapades and Rief’s romantic life–is riveting, fast paced and cleverly intertwined. Each character seems to be connected to another and no one is entirely innocent. And Rief’s inner-life is subtly and intelligently revealed. One learns much about military ordinance, psychoanalytic practices, the British class system and the early 20th-century British world of theater. And the information is never pedantic or overwhelming but richly woven into the plot.

Yet the solution of Rief’s intelligence mission and the resolution of his own personal quests seems to be lacking.  As the Novel wraps up and the various strands are pulled together, the story begins to limp rather than gain strength.  By the end, I felt I was reading a Hardy Boys’ Adventure. The solution was pat and somewhat anti-climactic.

I had been look forward to Waiting for Sunrise for several months and to be quite honest I enjoyed reading it very, very much. Until the end that is.  I was disappointed. It seemed that Boyd had simply decided to quit. 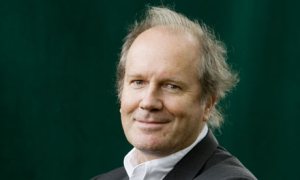 I like William Boyd very much. I feel he is greatly underrated among his contemporaries and is a wonderful stylist with a perfect ear for the nuances of an age.

I had previously read several Boyd novels and do not remember this falling off, this disappointment before. The novels all successfully re-create historic eras, describing its people, its culture, its ethos, its fears, all braced by an intelligent understanding and description of the scientific theories and advancements that are at that moment being born. For instance, Brazzaville Beach deals with mathematical chaos theory and the sociology of chimpanzees.  The New Confessions (modeled on Rousseau’s Confessions) also deals with World War I–as with Waiting for Sunrise–moves through Hollywood and Berlin, treats the horrors of World War II and then ends with the Hollywood Communist  trials, the whole while treating  us to the internal workings of the Hollywood film industry.  The Blue Afternoon (my personal favorite) is centered on the United States invasion of Manilla and its ultimate acquisition of the Philippines through the Treaty of Versaille and travels from Lisbon, Manilla and Los Angeles, from 1902 through the 1930s, while leading the reader through advancements in surgery and trends in architecture.

All of Boyd’s novels are rich with fascinating information, realistic period details, and memorable human stories. And all are vastly enjoyable and worthwhile.  Waiting for Sunrise, however, for me, ends a little too quickly and a little too weakly.