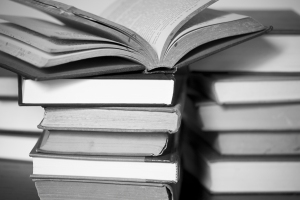 The majority of things I’ve had published are in print. They  haven’t earned me a fortune–five dollars here, twenty dollars there–but a least I have a copy of them. Actually, two copies of them, because most of the ” legitimate” small journals pay in copies. They publish your story, poem, essay and pay you with two copies of the issue in which you appear. Two copies placed with the others in a chest at the foot of my bed.

And then along comes the Internet. Instant gratification. Electronic submissions. Electronic responses. Usually much quicker than traditional ways. 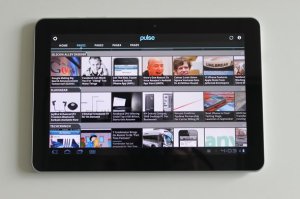 The best story I think I’ve ever wrote was published on line. “Nadja and the Dream of Teeth” first appeared through the Dublin Writer’s Workshop in the journal The Electric Acorn.

Then it was published electronically by The Richmond Review (UK). The editor at The Richmond Review was wonderful. She asked questions, made good suggestions, and, overall, made me tighten things up.  All through e-mails. From across the pond. This was the internet at its best.

And then it appeared electronically. It was beautiful. Nice layout. Clean font. Well done. I was proud of the story and proud of its being out there.

Now several years later, the site is down. Just a blank white page. Try it. Google “Richmond review uk” and you’ll find the link.  And then a pure white page. Where is my story? Not there. Not archived. Nowhere. And it was a legitimate journal!

Sort of the same thing with another story– “Pierced.” Except the journal it appeared in didn’t disappear; it sold its domain name to a Japanese company. Try to find my story and you’ll be staring at a beautiful chrysanthemum surrounded by Japanese writing. I am pretty sure that it is not my story translated into Japanese.

So. No big deal. Two short stories that meant something to me but certainly not to anyone else. Vanished. Pouf! But what if this was important material? Is there a fear that important things might simply disappear after a given time?

I know the saying that nothing ever disappears in cyberspace, but will future researchers, historians, students all have the tools necessary to recover those things that have?

Granted there is much that is superfluous, so much that is ephemeral on the Web. Much of it–my own scribblings included– really doesn’t deserve a long shelf life. But, by caching materials away so easily are we also tossing away things of lasting value.  I don’t mean the works of a future Shakespeare or a document of “Declaration of Independence” import.  I mean things like the novelist Rick Moody’s music reviews on Rumpus or Margaret Atwood’s book reviews for The Guardian or the Scottish poet Robin Robertson’s powerful reading of “At Roane Head.”  My fear is that this stuff–which is important stuff, important aspects of our culture, glimpses into who we are–will someday disappear.  Without a trace.  Without record.

Is it the nature of blogging or on-line writing in general to be ephemeral? Is that what is the draw? Do we read it not expecting ever to go back to it.  I don’t know.

But it does worry me at times.

11 thoughts on “A quibble with electronic publishing”