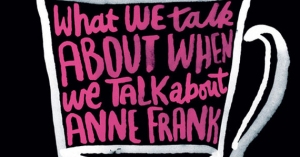 I was prepared not to like this book.  The hype was too much.  I had read a “life-style” piece in the NYTimes Metropolitan section about Englander, an interview with him in The Guardian,  a front page review in the NYTimes Sunday Book Review, another in the London Review of Books, and a handful of smaller reviews. The title and the author seemed to be everywhere.  And yet, I was wrong.  The hype was deserved–the eight stories in the collection are gem-like in their perfection. Solid, thoughtful, inventive, poignant and droll.

The title of the collection famously alludes to Raymond Carver’s story and collection, What We Talk About When We Talk About Love.  In Englander’s title story two couples sit around in a sunny kitchen drinking hard–just as they did in Carver’s story. The difference is that we are not in Carver’s Mid-West; we are in Florida, and Englander’s two couples are a secular Jewish couple who live there and a Hasidic couple from Israel, visiting after many years.  The conversation is tense, the husband uneasy with these Hasidic guests that he has just met, and the ending surprising and sad. (Go here to read Carver’s original story: “What we Talk About… and here to read it as it finally appeared with editor Gordon Lish’s revisions, “What We Talk About…”)

Several of the reviews I read mentioned how Englander’s stories seem to channel Kafka through Woody Allen, and the example they site is the story “Peep Show.” In fact, this Kafka/Woody Allen connection is what drew me to the collection.  In this particular story, a secular Jewish man walks into a peep show, advertising “live girls” and gets 5 tokens. Inserting the first token, he encounters several women, one of whom particularly arouses him. After the partition closes, he deposits another token, but this time, when the barrier opens, it reveals three rabbis from his past who begin to scold him; subsequent tokens reveal his scolding mother, his pregnant wife, and himself.

There are other stories that touch have a similar absurdity and wryness–particularly one about a gang of Long Island Jewish boys dismally failing to wreak revenge on an anti-Semitic bully and another about a summer camp for senior citizens–but overall this is not the tone of the collection. The final story “Free Fruit for Young Widows” and the second story “Sister Hills”  are memorable and distinct vignettes of life in Jerusalem.  Both have a historical sweep and a personal sadness. Both are extraordinary.

“The Reader” and “Everything I Know About My Family on My Mother’s Side” seem the most personal of the collection, and they too are brilliant. The language in these–as in all the stories–is clean and efficient, but beautiful and evocative.

As I said, I was a little put off by all the hype. But it was well deserved.  These are stories that will stay with me for a while and which I will return to often.