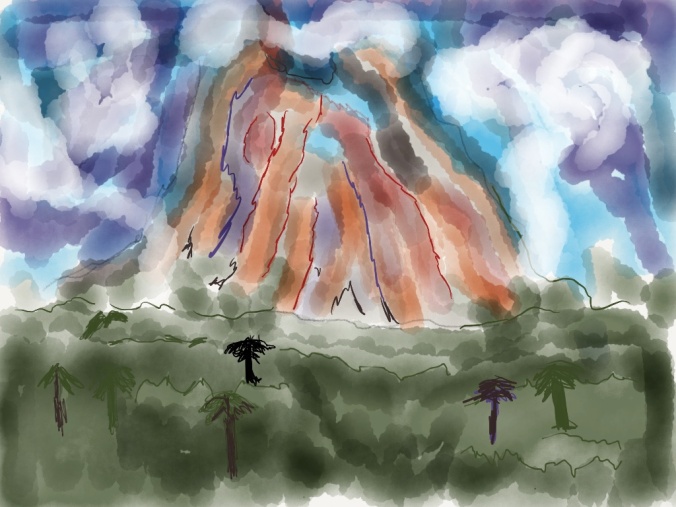 There are some novels that do more than just examine a life, dissect a relationship, recount an adventure. They tell you things you do not know, often things you could not know. J. M. Ledgard’s Submergence is such a novel.

James More is a secret operative for the Secret Inteligence Service , dropped into Somalia under the guise of a water engineer and captured by al-Qaeda jihadists. Tortured–physically, mentally, and psychologically–he survives by remembering his past and observing keenly his present.  A very big part of his past is a recent love affair that he had the previous year in France with Danielle (Danny) Flinders, a bio-mathematician and a renowned expert in life at the bottom of the ocean. While More is submersed in chaotic Somalia, Flinders is on a dangerous diving expedition off Greenland where she will take the submersible, Nautilie,  into an oceanic fault to get samples of the microbiotic, chemosynthetic life that exists there.

More–an ancestor of Sir Thomas More, his father was Thomas More XVI–is an Englishman who is very fond of his native home. His memories of the stone walls and green fields, the beautiful churches and the glorious music are often set against the stark, impoverished sites that his captives periodically move him to.  Flinders, part French, part Australian, is more of a free spirit, a rootless and rogue scientist, whom this affair with More has seemingly tamed. Her thoughts are perhaps larger, going beyond the current events of Muslim Africa and modern conflicts, and contemplating human origins–and extinction, the primeval soup that is the ocean, and the mythic and cosmic implications of the studies she runs.

The actual love affair itself is quick and remembered periodically by James and Danny, as he is subjected to the harsh world of jihadists on the run and she on the prehistoric world of the ocean deeps.  But although it is quick–a week or so at Christmas–it creates a lasting–and perhaps permanent–bond for the both of them. 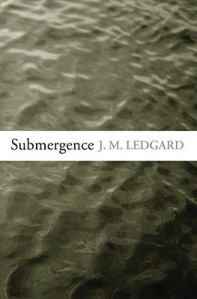 cover of the hardback edition of Submergence

But then James is taken.

In the novel–informed so greatly by current events- we learn much about jihadists–about their training camps, their dreams, their aspirations, their hatreds, their violence. We see the extreme depredations that allows young boys to decide that the promise of Paradise to martyrs is much more attractive than the life they actually live.  We see primitive societies and their primitive justice. And we see the harsh landscape of Somalia.  We see the jihadists’ voiced hatred of things Western, yet their fascination with it at the same time. (Once very popular, Rambo fighting alongside the Afghans against the Soviets has been replaced by Disney animation. The leader of James’ captors sees Bambi as an allegory of the “Crusader” in the Muslim world.)

We learn about Islam, about the djinn and the promises of Paradise.  More’s education allows him to intelligently compare Islam with Christianity, for both good and bad, to discuss literature and his ancestor’s Utopia, and to give insight into the covert maneuvers of both sides in the “war on terror.”

And we learn much about violence.

We also learn a great deal about the ocean’s floor and the creatures that live there and the (few) people who explore it.

None of this is pedantic, however.  In fact, it is fascinating. It is couched in James More’s adventure story: his struggle to survive day in and day out propels the story forward. His memories and thoughts are what tie it together. Her memories and knowledge add to the banquet.

In all it is a wonderful read. 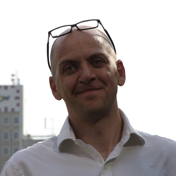 J.M Ledgard is a journalist who has been the political and war correspondent for the Economist. He now lives in Africa, where he consults developing countries on technology and risk.  His first novel Giraffe (2006) was inspired by the slaughter of 49 giraffes at a zoo in Czechoslovakia in 1975, which Ledgard uncovered in 2001 when he was working there as a correspondent.  Submergence is his 2nd novel.