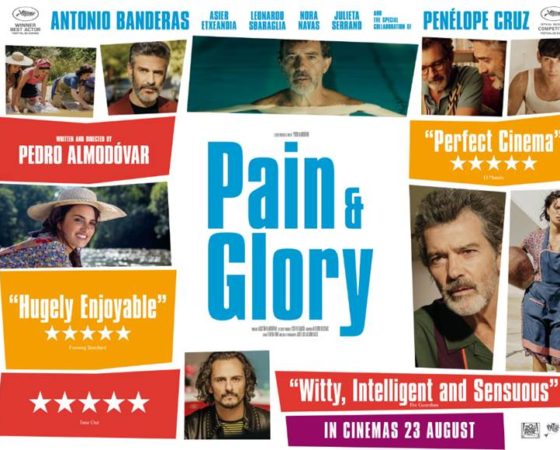 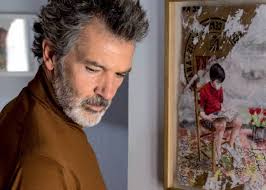 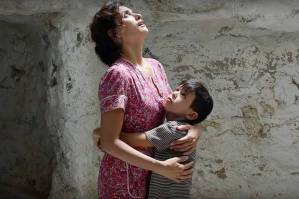 Pedro Almadovar famously said in 2012 that Pablo Berger’s Blancanieves was the best film made in Spain that year. 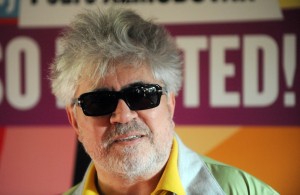 Pedro Almodovar at London premiere of I’m So Excited!

Whether it was false modesty or not on Almodovar’s part, he could have said that his own Los Amantes Pasajeros was Spain’s funniest movie of the year.

Almadovar’s film–which was given the English title of I’m So Excited!--gives us all the things one wants in an Almodovar film: Brightness, intelligence, silliness, kinkiness, a large dose of drugs combined with a bit of social commentary, modern instability and fractured and teetering relationships . Working within a particular genre–a group of unusual characters are trapped within a small confine, Almodovar uses the trope to have fun, plain and simple.

The plot of the film is that a plane bound for Mexico from Madrid encounters immediate mechanical problems and must begin circling until an empty airport can be found so it can make an emergency landing. The crew, in order to keep things calm give the entire “economy class” and its attendants muscle relaxers, and they are asleep they entire film (except for one who is later sexually awakened!) Leave it to yourself to figure out what Almodovar is saying about the sleeping “economy class.” 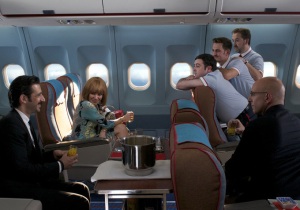 For we have never been here with the likes of Almodovar’s flight crew. They are introduced swigging shots of tequila as they prepare meals (their way to deal with the mechanical emergency after drugging the economy class). One has a pop-up Hindu temple that he prays to; the other is having an affair with the closeted and married pilot; and the third has his eyes on the “determinedly” heterosexual co-pilot. And as the danger becomes more eminent and potentially catastrophic, they entertain the business-class travelers with a song and dance routine (the Pointer Sisters’ “I’m So Excited!”) 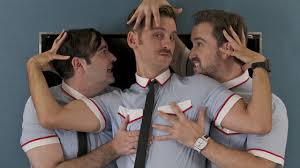 Almodavar has been soundly criticized for this, his nineteenth film, for its being too light, too campy, too slapstick. (One reviewer said to “never trust a movie title with an exclamation point”!) But the hell with them. Sometimes, light, campy and slapstick are what we need. I know I almost moved my seat because of the guffawing elderly lady near by. She laughed (loudly) non-stop. And there was good reason to.

Almodovar is sure of his craft and his precedents. The nods to Hitchcock’s Vertigo are almost immediately obvious–we quickly find ourselves staring into the twirling mechanics of a jet engine. While the awareness of his own personal filmography and progression is demonstrated by his opening the film with his original stars Antonio Banderas and Penelope Cruz–actors who never again appear in the film– anchoring it with Cecelia Roth who has played so many great Almodovar roles, and featuring a whole new stable of actors who are certain to show up in future Almodovar films. (Paz Vega is another actor who has played in Almodovar films before but who has a minor part and less than two minutes of screen time.)

Almodovar has his own bag of tricks and devices and storylines; that he uses them time and again is not necessarily a negative for me. We have neurotic women, shady men, flamboyant revelers, and unknowingly ingested drugs–as we have had often before in Almodovar films. But because the colors are bright and mod, the homosexuality over the top and flamboyant, the villains somewhat stereotyped and the story too sweetly resolved—because we know what to expect in an Almodovar film, it has been regularly panned by critics.

But for me, it was a cool, tasty, silly romp that was perfect for a muggy day at the end of July.